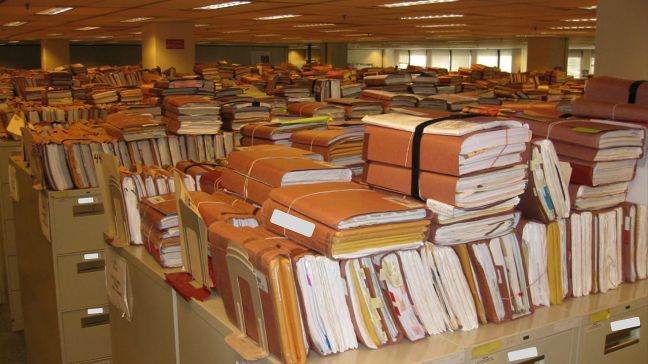 A bill moving through the New Jersey Legislature threatens to undermine the Open Public Records Act, known as OPRA.

OPRA’s defining characteristic and its great strength are its presumption of public access to all government records and the information they contain, except for 24 expressly exempted categories, and the ability to recover legal fees when access is wrongfully denied. The exemptions encompass such areas as personnel records; advisory, consultative or deliberative material; criminal investigation and victims’ records; trade secrets; security measures and procedures whose disclosure would jeopardize safety; and records subject to attorney -client privilege. A specific “Personal Identifying Information” exemption already exists for four kinds of crucial identifiers: Social Security numbers, credit card numbers, drivers’ license numbers and unlisted phone numbers.

A-4532 threatens to weaken and erode that carefully calibrated system by creating a new subcategory of “personal government records,” barring access to “any personal identifying information, including the name, address, telephone number, and e-mail address of any person” which might be contained in those records and denying legal fees when official wrongfully deny access to those records.

Members of the public who are wrongfully denied such records won’t necessarily be able to recover their legal fees, as under the current law. The bill lets the government off the hook if the court or the Government Records Council determines that the denial was “reasonable and made in good faith after due diligence.”

Knowing you will be reimbursed for your legal fees when you prove that the government violated the law in refusing access to public records–aka mandatory fee-shifting–was meant to incentivize enforcement of OPRA. Otherwise, many, if not most, people would balk at the expense of hiring a lawyer, letting denials go unchallenged and ultimately, making compliance less likely in the absence of accountability.

As was introduced on January 30 and when it won approval from the Assembly State and Local Government Committee two weeks later, A-4532’s restriction on legal fees would have, in fact, extended to all kinds of government records requests, not just pet licenses and alarm permits.

Fortunately, the bill was amended by an Assembly floor vote on February 15, narrowing the restriction to cover only “personal government records.” And the Senate counterpart, S-3049, introduced on February 28, contains the narrower fee restriction.

From a slippery slope perspective, however, it still seems a bad idea to start carving up the OPRA universe of government records and removing the certainty of a fee award for some kinds of wrongfully denied records.

Once the “personal government records” category is created, the likelihood is that it will be expanded over time, eating away at the promise and purpose of OPRA.

At the committee hearing on February 13, Wayne DeAngelo, a Democrat from Mercer County and Deputy Speaker of the Assembly, explained that he sponsored the bill because residents of Robbinsville were complaining about solicitations from companies that were trying to sell them alarm systems and wireless pet fences. Those companies seemed to know, presumably based on records obtained from the municipality, that certain homes did not already have an alarm installed or own a dog.

DeAngelo pointed out that homeowners sometimes put signs out front indicating they have a security system when in fact they don’t and that giving out the names and addresses on alarm permits eliminates the “illusion of maybe.”

Committee member Blonnie Watson, also a sponsor, said she did not think it was right that just because you have a dog, someone can obtain your address and telephone number.

DeAngelo acknowledged at the hearing that he intended to ease the burden on taxpayers by “some pushback against fees,” allowing them only when the government acts frivolously and not just mistakenly in denying access.

He was backed by testimony from Robbinsville Mayor David Fried who said towns are being “attacked” by OPRA requests, with some requestors misusing the law for personal gain or “profiteering.” Fried claimed some attorneys make repeated requests “trying to get us to make a mistake so that they can win legal fees.” Fried complained that, even apart from fee-shifting, responding to record request takes time and money, including the cost of the government’s own legal fees.

The New Jersey State League of Municipalities, Association of Counties and School Board Association all registered their support of the legislation while the ACLU-NJ and several environmental groups went on record against it.

Tittel focused his fire on the fee provision. He pointed out that he must file OPRA requests “to get info out of this administration for almost anything I do” and that he is denied almost every time, necessitating legal action for which he cannot always get pro bono legal help. For example, he said he has had to fight the state for its contract with a company to privatize Liberty State Park and for another contract to log Sparta Mountain. Municipalities also sometimes refuse to provide records, such as Planning Board documents, he noted.

Restricting legal fees as the DeAngelo bill would do—the language at that time applying to all OPRA requests—“creates a major can of worms, chilling to citizens and non-profits who want to hold government accountable,” he said.

For Cafferty and the Press Association, the major issue was the restriction on fee-shifting, which was intended to “even the fight.” Without it, ordinary citizens must wage “quixotic battles against public entities with almost inexhaustible resources,” Cafferty said. With A-2543 then written to apply to all OPRA requests, it “empowers custodian to deny access with little consequence.”

Cafferty also disapproved of treating alarm permits and pet records differently. As an example of non-commercial value, he mentioned a case in Fair Lawn where pet license information was sought for a mailing to support of pet-friendly legislation. The judge there ordered release of the records after he used a fact sensitive analysis to weigh the interest in privacy against the interest in public access. That approach is preferable to categorical denial, Cafferty told the committee.  .

Cafferty asked the committee to hold A-4532 in favor of a more comprehensive bill sponsored by Senator Loretta Weinberg that, among other things, addresses commercial requests for public records by allowing imposition of a service charge in those circumstances.

Also testifying was Linda Baum for the New Jersey Foundation for Open Government, who warned that taking away the certainty that a successful OPRA plaintiff would recover fees could deter legitimate challenges.

Baum asked for and received assurances that the fee restriction would be amended to apply only to the new “personal government records” category, which was done on February 15.

To the extent that OPRA is flawed, outdated or being abused, the Weinberg bill mentioned by Cafferty, S-1046, takes a more comprehensive, thoughtful and less knee-jerk approach, while addressing some of the concerns of the DeAngelo bill.

It excludes from the definition of public records information pertaining to alarm systems and surveillance cameras, including their location and allows special charges on requests that are made for commercial purposes (excluding newspapers). The extra charges that must be reasonable and based on the actual, direct cost of providing the records which can include the costs of searching and duplicating but not overhead expenses such as electricity.

Also, it authorizes protective orders that limit the number and scope of requests in “exceptional circumstances” where the sole purpose is to harass the agency and, in some cases, the agency can be excused from any future duty to respond to a particular requestor..

Some other highlights of the bill are

Unfortunately, it is the DeAngelo bill that has moved forward, while Weinberg’s legislation, introduced in both houses more than a year ago, has not been given a hearing.

The delay is for a good reason, however, according to Weinberg’s office, because the bill is still being fine-tuned and strengthened, with input from the municipal clerks who are on the front lines of responding to OPRA requests. It is hoped that S-1046 will be re-introduced in the next few months.