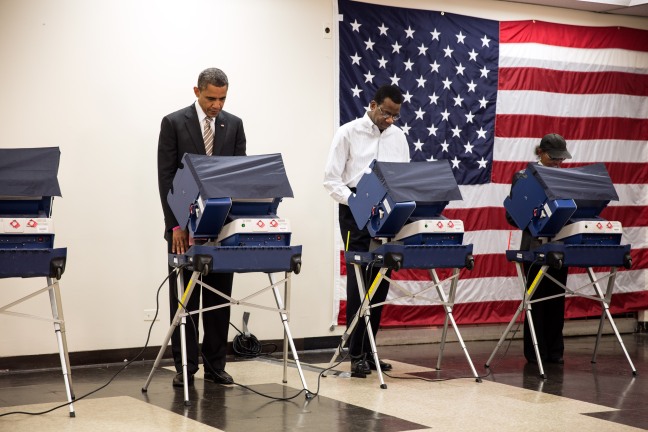 The Constitutional Rights Clinic at Rutgers School of Law-Newark, New Jersey Appleseed, and the American Civil Liberties Union of New Jersey filed a brief today explaining that New Jersey’s current rule of cutting off voter registration 21 days before an election imposes an undue and unnecessary burden on too many voters, resulting in a denial of the right to vote.

“Each election cycle, thousands of voters are unnecessarily disenfranchised,” said Frank Askin, director of the Rutgers Constitutional Rights Clinic. “States with Election Day voter registration have higher turnout, and given modern technology and the ease with which states can verify voter information, their registration processes continue to function smoothly.”

The ACLU-NJ, Rutgers CRC, and New Jersey Appleseed, working on behalf of Rutgers students and other affected plaintiffs, filed the brief in the Appellate Division of New Jersey Superior Court.

The state’s strict registration regulations disproportionately deny the right to vote to young adults, who move more frequently than others. But it also denies the right to vote to persons who become newly naturalized citizens within 21 days of an election, people who believed they were properly registered (included those whose registration was lost by the government before it was put into the system), and those who finish terms of incarceration within 21 days of an election. Further, the current regulations are incompatible with modern political campaigning, which targets voters most heavily in the week before an election, when voter interest peaks.

“Advances in technology and New Jersey’s modern election machinery have made a 21-day deadline before an election unnecessary and obsolete, as the experience in other states shows,” stated ACLU-NJ Legal Director Ed Barocas.

New Jersey’s electronic voter databases, modernized in accordance with the Help America Vote Act, can rapidly verify voter information and identity. Further, New Jersey already uses provisional ballots (provided to voters who appear at the polls but who are not found in the voter rolls) as registration for future elections. The voter simply has to be verified as a legitimate voter, which happens quickly given the statewide verification system. Plaintiffs explain that those provisional ballots therefore can easily be – and should be – counted in the election in which it was cast.

“After being given numerous opportunities, the state failed to prove any legitimate, much less compelling, interest to justify a burden that results in the loss of the right to vote for thousands of New Jerseyans every year,” said Renée Steinhagen of New Jersey Appleseed. “It’s time for New Jersey to end this unnecessary disenfranchisement of voters given the State’s current electronic verification process and join the many states that allow Election Day registration.”

This is the second time the case is before the appellate court. After a trial court erroneously dismissed the case in 2014, an appellate panel found that the court had failed to explain the state’s interest in an early registration deadline, and whether that outweighed the importance of upholding the right to vote. The previous decision in the trial court contained factual errors and misapplications of the law.

The image at the top is from Wikimedia Commons.