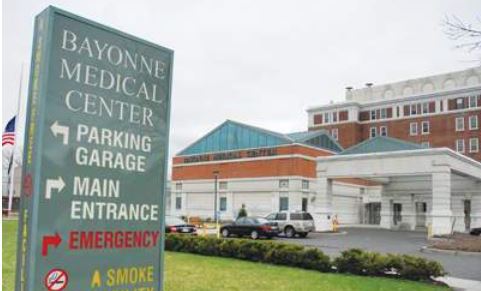 Nurses and other health care workers at Christ Hospital in Jersey City and Bayonne Medical Center on Wednesday ratified new union contracts that include a 1.5 percent pay raise, increased employer matching contributions for workers’ retirement plans and increased staffing levels at both hospitals.

HPAE said in a statement that employee health insurance contributions will not increase during the term of the contract, which expires June 30, 2015.

HPAE said improved nurse-to-patient ratios at both hospitals is a key component of the contracts. The agreement provides for more nurses for hospital units, including medical surgical, intensive care, emergency department, oncology and maternal child health.

“Our first priority throughout these negotiations was to set strong standards for patient safety and quality care — and we did that,” said Nicole Mankowski, president, HPAE local at Christ Hospital.

“HPAE members, elected officials and community leaders were instrumental in achieving strong staffing improvements in both of our contracts,” said Ann Twomey, president, HPAE union.  “Our first priority throughout these negotiations was to set strong standards for patient safety and care in both the Bayonne and Jersey City communities.”

“CarePoint Health is very pleased that we have brought our negotiations with HPAE to resolution without any labor disruption affecting hospital patients, workers or the communities we serve,” said Jennifer Dobin, vice president of human resources at CarePoint Health, which owns the two hospitals.

She said CarePoint and the union reached terms in the early hours of July 31, following an extended bargaining session, and the issues resolved in the new contracts cover  compensation, retirement benefits, health insurance contributions and hospital staffing.

“We want to thank the HPAE and all stakeholders that contributed to the dialogue and helped us reach satisfying results for all parties,” Dobin said. “In the end, we are all committed to maintaining our hospitals’ standards of excellence in patient care.”

Tentative collective bargaining agreements have been reached between hospital workers and the owners of Christ Hospital in Jersey City and Bayonne Medical Center, the Health Professionals and Allied Employees union announced Thursday. HPAE said workers at the two hospitals will vote on the tentative contracts next week, and said it would not disclose details until then.

Jeanne Otersen, policy director for HPAE, said, “We made what we believe are significant improvements in (the) staffing level at both hospitals.”

The agreements also enhance retirement security for the workers and “protects many elements of health insurance coverage,” she said.

The agreements would be in place until June 30, 2015. HPAE said it represents more than 1,200 nurses and other health care workers between the two hospitals.

The negotiations had been contentious: After CarePoint raised the possibility of a lockout, the union rallied support from local elected officials.

“The support of our elected officials and community leaders made a major difference to our ability to include strong staffing improvements in both of our contracts,” said Ann Twomey, president of the 12,000 member HPAE.

A labor union representing workers at Meadowlands Hospital Medical Center is demanding that the state step up its fiscal oversight of the for-profit hospital after it eliminated more than 100 jobs.

The Health Professionals and Allied Employees and the New Jersey Appleseed Public Interest Law Center sent a letter to state Health Commissioner Mary E. O’Dowd on Friday reiterating their request for appointment of a temporary manager for the Secaucus hospital.